Six cyclingbuddy members got together to take on the challenge of 350 miles from Lands End to Gatwick. As well as making the trip a social one, the team set out to raise as much money as they could for a little known charity called Unique -  a Rare Chromosome Disorder Support Group.

The group was made up cyclists with wide ranging experience. From recreational triathletes to recreational, verging on leasure cyclists.  In fact one of the team only bought a road bike 2 months before the trip.  No trip like this was ever going to be possible without the all  important support crew.  The teams support master was John who tirelessly drove the truck with the trailer and ensured the cyclists took on regular food and drink.

The trip started off well, but as the team got closer to the west country they met with their first challenge -  a blow out of a trailer tyre.  Seamingly in the middle of nowhere with no obvious towns nearby they turned into a small village in the hope of finding a garage. .. now what are the chances?.. who would have thought that this little village was a village of three garages! 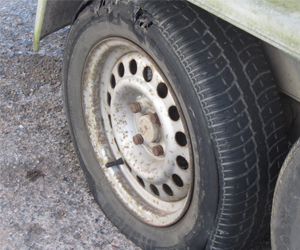 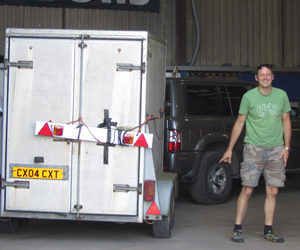 After a bit of negotiation and searching for the right tyre sizes they got one fitted  and  were off again.. next stop, lands end and a night in a youth hostel awaited the team. 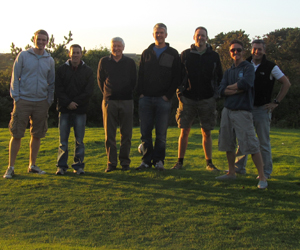 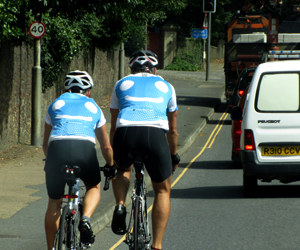 The route was mainly along B roads with the occasional transition via an A road and a very rare stint on a motorway. The weather was perfect -  the team much rather have had the to deal with sun burn than the depression of being being wet and misserable.  The weather didnt dissapoint. Over the 4 days the Cyclingbuddy group were treated to temperatures of 18 - 28 degree C. 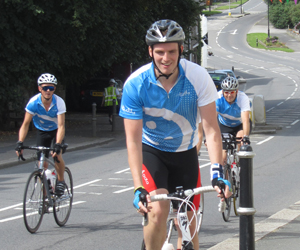 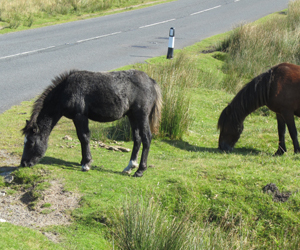 A memorable part of the journey was across Dartmoor where the wild horses and sheep that roam on the moor came out to meet and greet the riders. The group average between 60 - 90 miles in a day and on average climbed a total of 4,000ft each day (some days more) 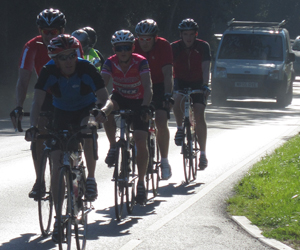 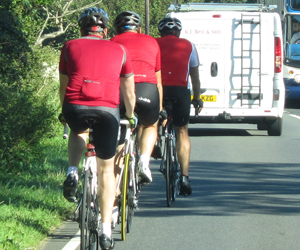 The peleton motored on, each day seeing another country rush by.  The New Forest was a welcomed releaf with long straight and most importantly FLAT roads.  They called it the Roman road -  one thing the romans did well was build long straight roads and often avoided hills! -  they knew what they were doing!

[ if you have your own cycling adventure story email it to us along with some pictures -  info@cyclingbuddy.com]